Learning to write again - the art of writing an abstract 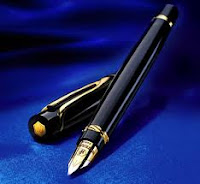 I have always prided myself with the fact that I was a pretty good writer. And having spent the past 5 years in academia furthering my education, being published and of course the myriad of polices, procedures, clinical guidelines, executive summaries and other miscellaneous clinical reports that I seem to write on a daily basis again confirm that I am fairly good with the written word. Until this summer that is. Perhaps it is not so much the words but the format. I have recently started writing abstracts and speaker submissions for conferences which is new for me. And it is very different. It started earlier this year when a colleague asked me to help her write an abstract for a poster presentation for her professional conference - what a challenge it was having word and character limits not to mention special formatting requirements. Then I attended NTI in Chicago and got inspired...so I submitted two proposals for live speaker sessions at NTI 2012 in Orlando. And I have to say that I wish I could go back and re-do them. Since the AACN deadline in June, I have submitted another proposal and it was so much better...I am starting to get the hang of it. It's like giving a sneak peek of something - like a television show. You want to pique curiosity and sell your idea, but you don't want to give away too much, because then there is nothing left to watch or see and you have to do it in so many minutes or in this case words and characters, but you also have to provide certain key details. So now it is hours away from August and I have submitted a total of 3 or 4 abstracts or speaker submission proposals and I now wait to see if any will be accepted. Even if they are not, it's okay, the experience itself has taught me a great deal and I am sure I will continue to learn and master this new way of writing. Besides there are many more opportunities ahead.
Posted by Kelly at 4:53 PM No comments:

I am always looking for internet-based resources that provide medical, nursing, & healthcare news, education, literature and other information that I may find useful in my daily work or studies. That search also includes needed educational contact hours for certifications and licensures. Here is a great blog that has organized some great information for nurse practitioners. Please check it out!

I recently wrote about and shared an article about finding peace and balance in our work and non-work life hours. Here is another article on subject that highlights the importance of achieving balance in our lives.

Big Chill May Save Lives

Medical News: Big Chill May Save Lives - in Cardiovascular, Arrhythmias from MedPage Today
Posted by Kelly at 6:56 PM No comments:

Today's space shuttle launch of Atlantis is a great opportunity to discuss the Universal Protocol or "Time-Out" process. The launch nicely demonstrated the importance of the time-out process and why it works. Using checklists have long been used in the aviation industry and for good reason, yet healthcare entities, namely surgical and procedural areas remain reluctant to embrace the practice.

With 31 seconds on the countdown clock of the final Space Shuttle Mission due to a failure of the camera,  the clock briefly stopped. The failure prompted the NASA team to ensure the swing-arm had cleared the external hydrogen tank in preparation for take off. Each Mission Control member was heard verbally confirming the arm was clear. After it was determined that it was in fact clear, they all had to verbally agree to proceed followed by a mini-countdown to resume the official countdown clock to lift-off.

I was impressed at the order and efficiency in which the NASA officials identified the issue, determined it was acceptable and resumed the countdown, only after everyone confirmed and agreed it was safe to proceed. Bravo to them - they continue to be light years ahead of medicine!
Posted by Kelly at 12:16 PM No comments:

This blog is the opinion based on professional clinical experiences as a dual boarded APRN in acute/critical care. No actual patients are discussed but general healthcare issues and policies.